How I Started Working For Tony Robbins 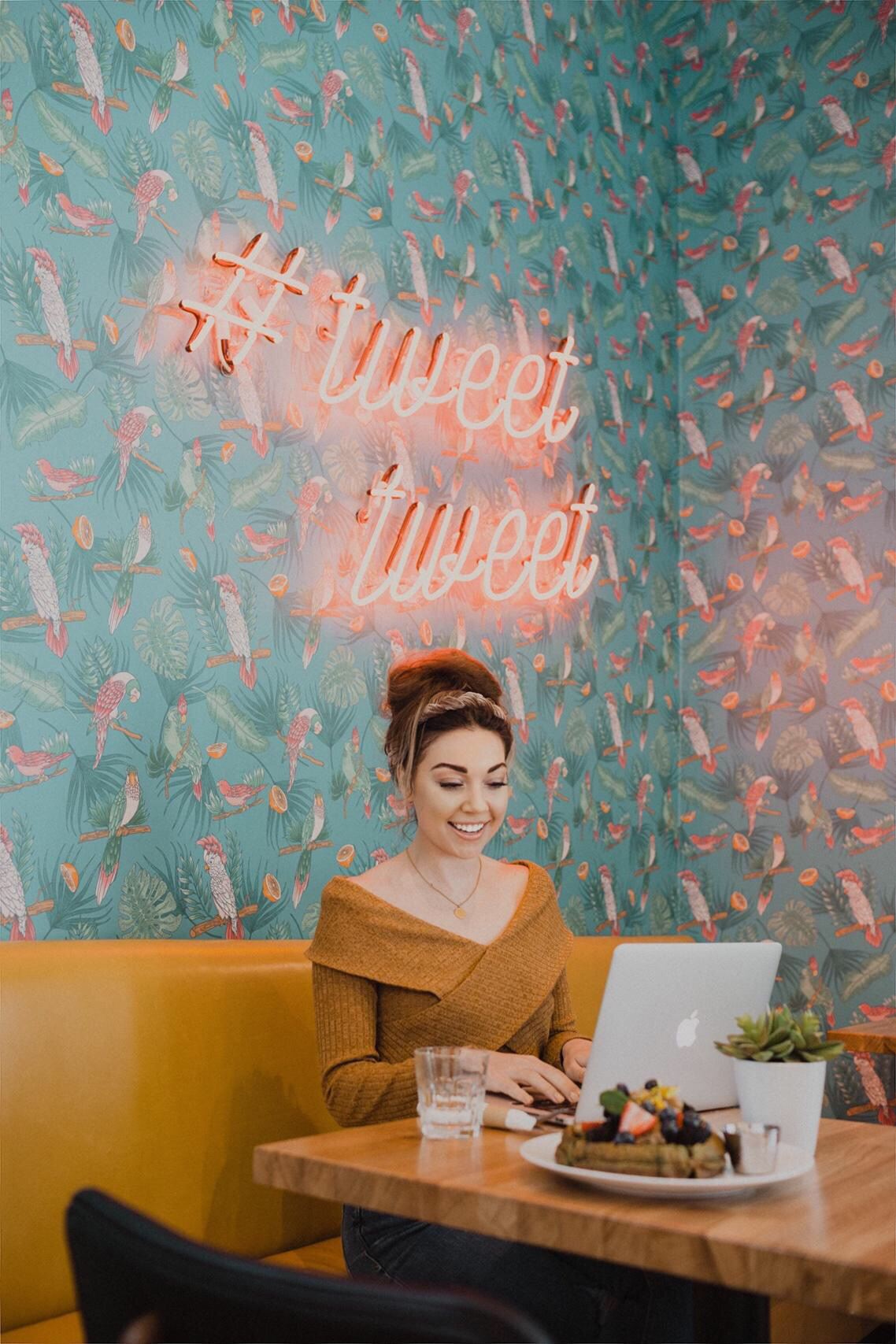 I work for Tony Robbins, the world’s top life coach.

He’s an author, businessman (owns like a gazillion companies ranging from financial planning to innovative health foods), and an AMAZING public speaker.

He travels the globe to share his life-changing techniques.

He’s coached presidents (on both sides of the political aisle), Oprah, Serena Williams, NBA teams, and celebrities like Kim K.

The guy is unstoppable. A freaking force! And a force for good. So how did I come to work for such a unique person?

It’s one of the my most frequent questions that pop up in my DMs 🙂 I’m excited to finally SPILL DA BEANS.

I’m two years into a startup marketing agency project manager role. While it’s been an amazing opportunity to wear different hats, get my hands dirty, present to clients, project manage like crazy, and experience my first bouts of anxiety (talk about serious Sunday scaries), I’m over it.

I’ve been creating tacky ads for tire salesmen. There are only so many ways you can make a tire look appealing LOL (we would have our graphics team stack the tires into a Christmas tree shape on print ads and give them bunny ears around Easter). Now that’s every little girl’s dream, seasonal tire graphics 😉

In addition, things at the company started to shift. The owner became more micro-management focused and started to incorporate some surveillance techniques to monitor her employees’ work. I innately didn’t jive with these changes.

I thrive on connection and autonomy, and both were missing.

We were required to download a software tool called Time Doctor to our laptops. This program runs 24/7 on your computer and logs everything from mouse clicks, to keystrokes, to taking random screenshots of whatever your current screen shows every 15 minutes or so (oh and sends them directly to the owner). You don’t know when a screen shot is being taken. And the program tracks how many hours you’re working and provides the results to the owner so that she can view everyone’s progress.

I started to job hunt.

Oh, was it painful. I scoured LinkedIn constantly. I drafted impeccable cover letters and applied again and again. And I got interviews, but never seemed to make it to the final round or an actual offer.

And getting out of the office to go interview for these potential roles? HELL. I was at the mercy of the interviewer’s schedule and taking any time away (except for around lunch), looked suspicious. It was a dark time, my heart going out with every application and interview I prepped for dutifully, strategically getting away from Time Doctor, changing into a blazer and dress pants in my car, sweating in a blur of conference rooms answering the same interview questions over and over, only to receive a “we’ve decided to go with another candidate” email weeks later.

But MAN, did I press on. I cried and I prayed and I freaking kept my hope. And Chris was there supporting me every grueling step of the way.

One day a friend (shout out to Jaymie!) recommended I watch this Netflix documentary called “I’m Not Your Guru.” It was all about Tony Robbins and his most powerful live event, Date with Destiny. I was feeling pretty down with my current state in life, so I thought “why not?”

I had never even heard of the guy before watching his doc. But after I did, I was forever changed. I saw him speak to people who were dealing with immense pain, victims of sexual abuse, people on the edge of suicide, who felt like there was nothing life for them in this life. And I saw him bring love and truth to their lives. I saw them change from the inside out. Like a light had been turned on.

The same week, my usual scouring of LinkedIn cast me a token of fate. It was a Tony Robbins job posting, for a position called Creative Content Producer.

I remember reading the job description; traveling the world, working crazy hours, being able  to think on your feet, contributing to other people’s break throughs. Even though I was exhausted in my current marketing role, somehow the craziness of this new role didn’t deter me one bit. I WAS CONVINCED. I WANTED MORE.

And so that night I wrote a cover letter I swear came from the pen of God himself. Something flowed through me – an angel, a muse, grace. It was perfect. And it had to stand out amidst the 100+ applicants that LinkedIn showed as having already applied.

It did the trick. I received an email requesting that I provide a video of myself answering a few questions.

There’s nothing more awkward than doing your hair and makeup at 6pm after you get home for your current job, donning a red blazer, telling your roommates to be quiet, and shutting yourself up in your bedroom with optimal string lighting, to record a video answering questions about yourself.

Somehow I did well enough to win an in-person interview. It actually took about 2 weeks to make that happen. My current boss was SLAMMED with executive meetings and other majorly important things, so we had to reschedule more than once 🙂

I’m not going to lie, it was excruciating to be on the verge of making it to conversing with an actual human from Tony Robbins, only to have to reschedule for a another time.

My patience and devotion to the interview process was tested to the max.

All while still being stuck in my current job, dragging my feet and empty heart out the door every morning.

In the meantime I was asked to research and create a full-on presentation for the Tony Robbins creative team, interestingly enough all about my weakest area: business.

The presentation was at least satisfactory because eventually I found myself ON A PLANE to San Jose to attend Tony’s Unleash the Power Within event with 15k other human beings. There I would experience firsthand what Tony does, walk on hot coals (yes, that’s a thing), and finally meet my now boss and Tony’s amazing wife Sage (I was beyond nervous).

The event truly was life-changing, and I walked away knowing that even if I didn’t get the job at Tony Robbins, that I was going to be more than OK. I had the power to control my fate, and my story was far from over.

But I still wanted the job super bad.

Two days after my birthday (it’s December now) I got a call from one of the executives from Tony Robbins. With that call came a special role designed just for me and, thank Jesus, a job offer!

My best friend Brittney was sitting next to me when I got the call. She had flown out to California to celebrate my birthday with me, and it felt so amazing sitting in my kitchen with her, squealing with excitement over me finally getting the job of my dreams.

FINALLY! I don’t think anything has tasted sweeter than that moment.

Sometimes my path to working for Tony feels like a fairytale. The universe showed me grace along the way, but it was drive and hope that got me to the finish line.

Now I fly around the world (literally, I did it twice last year and logged over 100 hours in the sky), and support Tony as he’s about to go on stage, and do what is called a debrief with him afterwards. Every debrief entails what was great, what can be improved upon, and what were some *magic* moments.

I’m constantly challenged (and yes, sometimes stressed). But I love the adrenalin of taping down stage signs in front of 8k people in under 30 seconds like a MF ninja in a blazer before TR goes on, and I love that I’m constantly learning from being in the presence of someone so WISE and full of HEART.

If you ever feel stuck in your life or career or a relationship, I hope this story encourages you to pursue what may seem difficult, but is so much better.

Have more questions!? Drop a comment below and I’ll be sure to reply 🙂

0 Leave a Comment
Previous A Blogger’s Guide to New York at Christmas Time, Part 2
Next 3 Ways to Find Joy in Tough Times 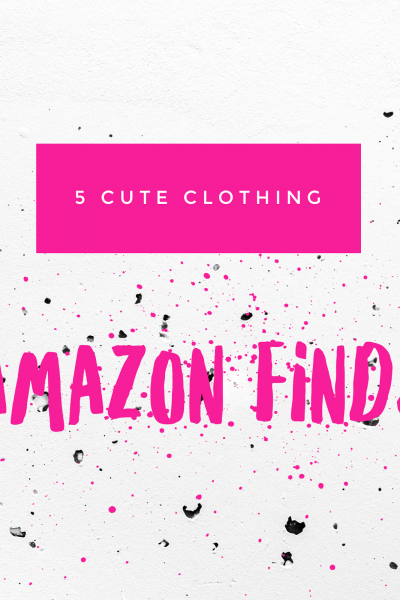 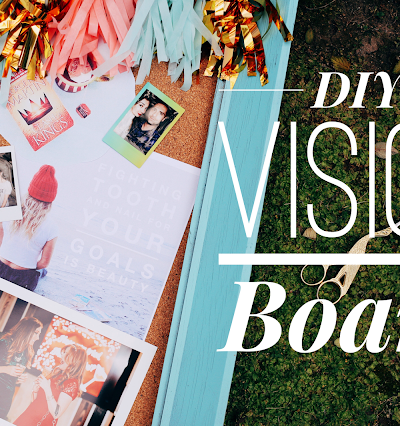 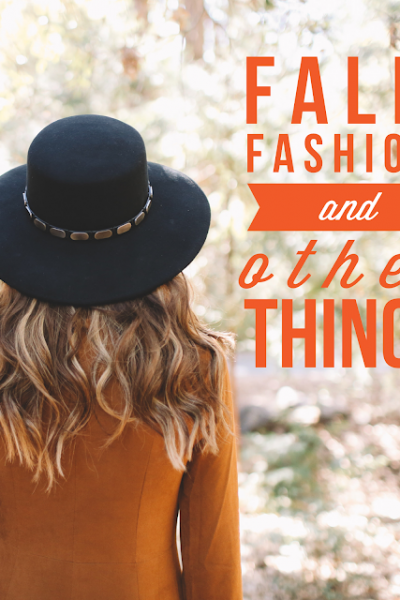 Fall, Fashion, and other Things